Container cartage: the way forward for logistics in Australia

With the growth in international trade and E-commerce, Australia is more connected than ever to the rest of the world. In the last few years, both imports and exports have increased on average by 5 per cent per year, which has both boosted the economy and presented new and greater challenges to our logistics industry.

With our expansive coastline and coastal cities, Australia has always been in a prime position to compensate for our remote location with sea access.

But this potential has never been fully realised, with our reliance on road transport growing heavier by the year, and only modest increases in container trade and sea freight services.

Recently, sea freight has garnered a lot of attention in discussions about servicing the future growth of our logistics industry, particularly as our freight movements are expected to double in the next 10-15 years. Government and industry professionals are looking to our sea ports—which have been largely overlooked since the beginning—as a more efficient, reliable, and sustainable option to propel our economy into a prosperous future of international trade.

Australia’s road transport systems have always been reliable. Our road transport providers are mostly comprised of family businesses with a long history of navigating the wide expanses of the deserts and rural areas, the rough coastal highways, and the densely populated metropolitan areas to maintain an efficient transport network—often despite the perilous state of roads in desperate need of upgrade.

But the increased demand of our growing economy has begun to get out of hand, and logistics partners are calling for dramatic improvements to our infrastructure and a more balanced intermodal transport network to keep Australia competitive in the international marketplace. 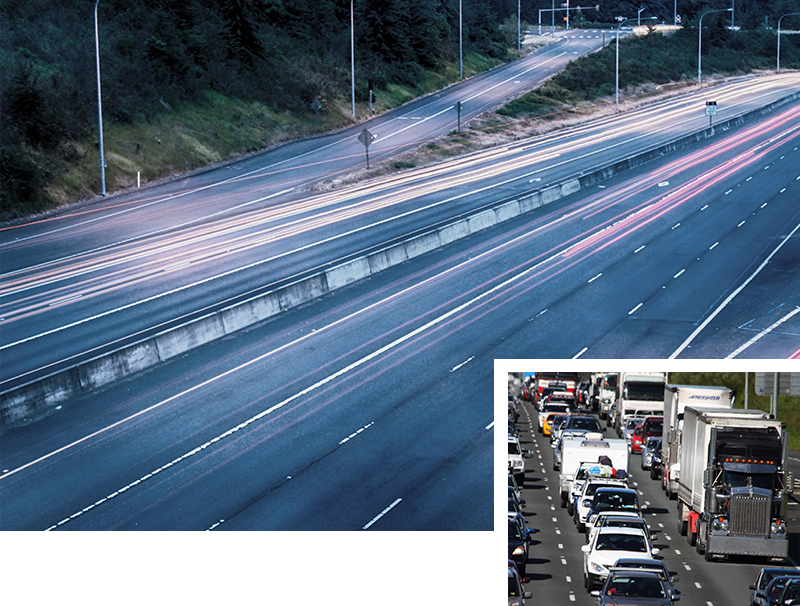 Coastal shipping is now in the spotlight as a sustainable way to connect Australia’s sea ports and regional areas, and to form a more streamlined and efficient transport network. It’s an invaluable asset for our international logistics systems, but its potential for domestic cartage is also noteworthy: sea freight is a viable option for cleaner and more reliable transport from coast to coast.

A less skewed multimodal system will change the face of Australia’s logistics system, particularly for the road transport sector. This isn’t a bad thing: the role of road transport will always be pivotal, and it’s growing and changing into an important specialist area.

One of the most important developments is road transport’s capacity to adapt to a new world of international logistics—primarily in light of container cartage.

Queensland is at the forefront of Australia’s growth in international trade. It’s home to the Port of Brisbane, the largest container port in the state, and one of the fastest growing in the country.

Despite the fact that the Port of Brisbane is a major factor in the survival of Queensland’s economy, its potential has, until now, been only partially harnessed. Now that the Port’s capacity to service the international logistics industry has been recognised, it’s undergoing large-scale upgrades and extensions on both its infrastructure and equipment, with new berths and facilities to accommodate the country’s growth in trade and shipping and the increased demand for commercial and industrial portside services.

Handling a diverse range of commodities—including oil (crude and refined), coal, motor vehicles, cotton, and meat—and equipped with world-class warehousing facilities, the Port of Brisbane is fast becoming an efficient national interface for cargo handling across the transport modes. The port serves as a multimodal terminal, integrating rail, road and sea transport services into a unified logistics system to support Australia’s domestic and international markets. Work still in progress on the port will only strengthen the bonds between Australia and our major trading partners—including Southeast Asia, North Asia, and East Asia, New Zealand, and the Gulf and Middle East regions—and road transport’s role in the new system is becoming more diverse, and inarguably, more important.

Road transport services have certainly had to adapt to industry changes over the last few years. Australia has always been disproportionately dependent on ground transport between cities, and our recent economic growth has put heavy pressure on the sector as industry leaders have looked for solutions to the demand.

Alleviating the pressure on road transport by supporting a more balanced multimodal logistics system can only help the nation’s productivity. Upgrades to the nation’s port facilities are already improving the transport infrastructure, but to achieve a truly integrated and efficient system, road transport must be innovative in its pivotal role. 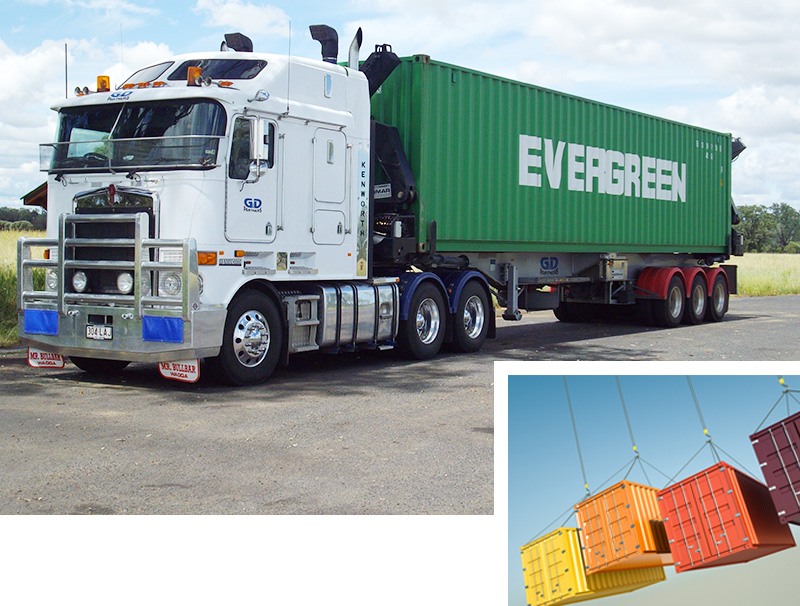 Container transport will no longer simply involve moving freight from A to B. It will involve embracing technology to support state-of-the-art communication and tracking systems, advanced education and training in handling and documentation for import and export, and cooperation between staff in all labour and corporate roles.

Australia’s economy can’t move forward without road freight: it’s the service that holds the system together, and the key to accessing the environmental and economic benefits of sea freight and container cartage.

That’s why G&D Partners are committed to supporting Australia’s logistics system and economy with the best road transport services on offer. With a focus on continuous quality improvement, and driven by innovation, G&D Partners are your trusted partner in container cartage.

“Riviana Foods have been partners with G&D transport in the FMGC trade for over 15 years, and in that time they have always delivered a service over and above our expectations. Their focus on customer service is key to their operations and is practised at all levels within the business. I highly recommend them as a logistics provider.”

“We started using G&D Partners in 2004 when our previous carrier stopped doing wharf work. A great relationship developed between our two companies because of the happy and friendly nature of everyone at G&D. We regularly recommend G&D to other local and interstate companies that we have dealings with for their cartage and warehousing needs and we always receive a reply in thanks for the recommendation from those companies.   To anyone who reads this you have my word that G&D Partners are indeed great partners to have in business. “